can dogs jump through hoops? 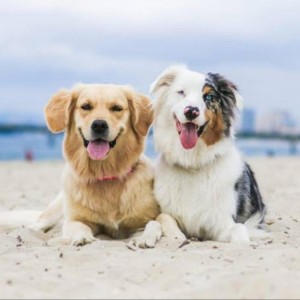 A lover of animals looking to create Australia’s first pet travel platform to help pet loving families travel our beautiful country Australia.
What does it mean to 'jump through hoops' and how do animals help you overcome those hurdles?

Jumping through hoops! What does that really mean?

‘An elaborate or complicated procedure’, I am sure we can all relate to that but what does this have to do with dogs? For me, jumping through hoops has everything to do with dogs as they have defined who I am today.

Animals are amazing, without them we would not survive. They share our beautiful landscapes and provide us with many benefits including transport, clothing, medicine, food and love.

Animals are true companions and can play a part in the quality of our lives and be beneficial to our health and well being. Some research studies have found that people who have a pet have healthier hearts, are less depressed and can have better social interactions with people. Why is that? I cannot speak for everyone and I am not even going to try however for me, I notice a vast difference in people’s interactions with me when I do and don’t have an animal present with me.

I was blessed with a beautiful childhood and loving family where I was surrounded by animals. I was drawn to them, dogs mainly and every time I saw a dog or a puppy when I was out and about, I would approach to say hello and give the dog a pat. Naturally by doing that you strike up a conversation with the owner and they are so excited to share information about their pet which highlights the love and adoration they bring to peoples lives.

How many times would you walk past a person sitting alone yet would stop and talk to that same person if they had a dog present with them?

School for me was not my favourite chapter of time. Being quite shy, I surrounded myself with my close friends and when I came home from school I always knew that I would be greeted by our beautiful Labrador, Rigby with his tail wagging and no matter what day I had he always made me smile. I also grew up with cats, who would curl up on my lap or sleep on my bed.. I was never alone.

After leaving home, I got my first puppy Oden, a beautiful Border Collie who was very energetic and loved a cuddle. A very smart dog, Oden easily graduated from puppy school. Despite eating one too many pairs of my shoes and destroying a couch, Oden was a gorgeous dog and when I encountered an unfaithful relationship, it forced me to make a heartbreaking decision to leave Oden as I could not take him with me.

This broke my heart and remains still one of the hardest decisions to make as to this day I still do not know what life Oden led as he was 4 years of age when I said my goodbye.

Reflecting on my later years and living in the city of Melbourne it was not until I purchased my first home that I realised more than ever how much I missed not having an animal in my life and was finally in a position where I could make it happen.

Introduce Murray, my beautiful pure white Golden Retriever who is the most beautiful puppy I could have wished for. Murray was my 40th birthday present from my parents and was decided that I would share Murray given my parents being in their later years and myself working full time that Murray would be left alone. Having co ownership of Murray with my parents was one of the best decisions I have made as not only has this bought Murray into my life, but it has given me a reason to visit my parents more frequently and Murray who the love of two families.

Shortly after purchase, I lost my home, broke away from my long term partner, my career facing doubt due to my workplace relocating where I faced a 4-hour daily commute. It was at this point in my life I decided on a fresh start which was terrifying but I could not continue on the trajectory I was heading. I was sad, scared and felt very alone. Many tears were shed and Murray was always there by my side, making sure I was ok when I was close to breaking.

Can dogs jump through hoops?

Absolutely! Murray bought me back to life and showed me the beauty our world has to give, most importantly he taught me to love again, believe in myself, a reason to get out of bed and take the next step forward. I did find love again and the resilience to remain strong when the next hoop to jump comes my way.

This was proven when I reached out for help and was encouraged to speak up and make change. My voice allowed me to leave a toxic manager and give me the confidence, freedom and driving force to start something I was passionate about and always wanted to do, create a business.. a business for pets, Pawtal. A happy place where animals are the star, the Australian landscape is our canvas and our adventures is the paint.. anything is possible.

Animals have influence on our lives more than we know. They are the eyes for the blind, the nose for our borders, the sound for those with special needs, loving companions for so many and for me, the strength I needed to jump hoops!

Life is precious and short. Pets lives far shorter but for them we are their whole lives. Believe in yourself as anything is possible, take risks and don’t let hoops deter you from achieving your dreams and where possible, have a pet by your side.

Become a Pawtal family member and receive 10% off pet merchandise in Paw Shop.

Be notified when new stories are added.

Do you have a pet story to share from your travel adventures or perhaps a funny story from home?

must be a Pawtal family member

Add your story or destination, spin the wheel and win a prize!